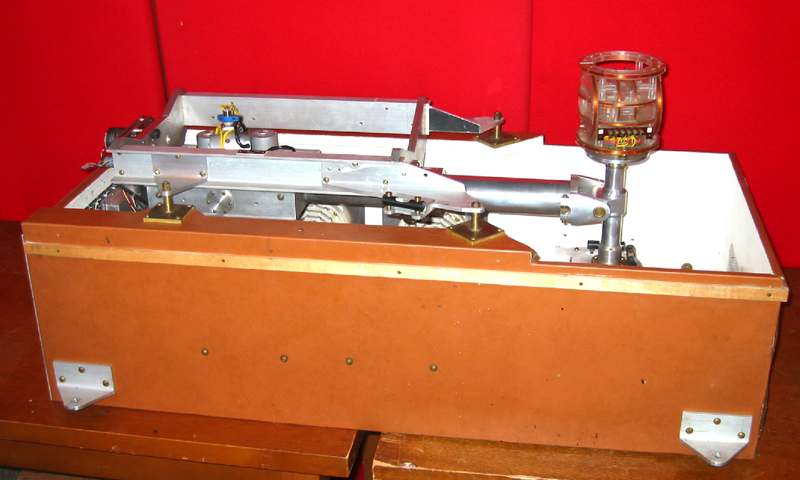 Although the Phase I airborne magnetometer was state-of-the-art when it was constructed in the early 1950s, the beginning of the space age in 1957 made available a wide range of new high-technology equipment. In 1963, the magnetometer and stabilizer platform were redesigned by Weldy Hannaford to take advantage of the latest technology. Wherever possible, off-the-shelf components were used. This made replacing defective parts much easier. Although the stabilizer platform functioned in basically the same manner as its Phase I predecessor, parts had become much smaller, thus reducing the weight from 86 kg to 34 kg.

Despite the improvements in stability, changes in temperature still caused drifts in the magnetometer output. Therefore, the platform enclosure was heated with simple hot-plate elements.

The accompanying photographs were taken during the 1965 survey of the Scandinavian countries and the Greenland Sea, the first survey carried out with the newly designed system. It was a success. During 317 hours of flying, only 2 hours of data were lost. The new magnetometer system was used on 5 subsequent surveys carried out between 1969 and 1976 that covered all of Canada. These data form the primary data set used to this day in the production of the Canadian Geomagnetic Reference Field (CGRF). The CGRF is used to provide the magnetic declination information that appears on most topographic, marine and aeronautical charts produced in Canada.