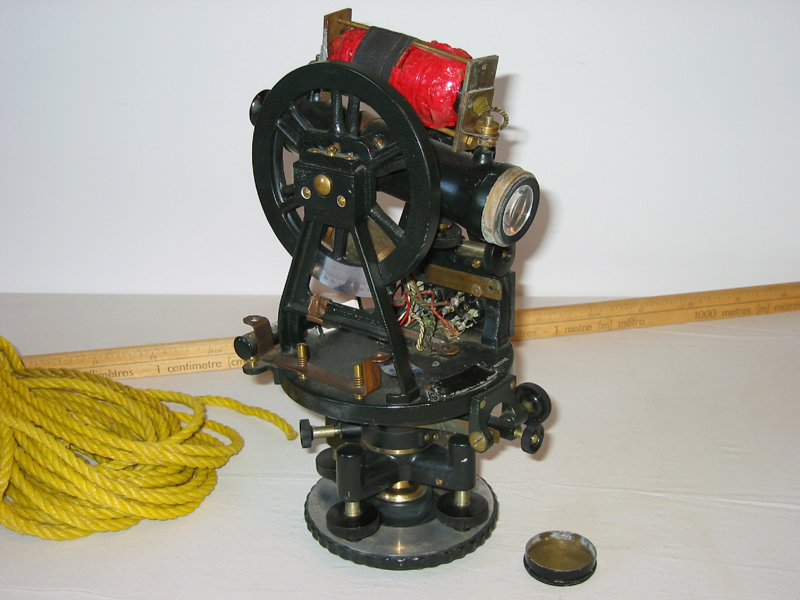 This is the prototype fluxgate magnetometer developed by Paul Serson in 1945 for measuring declination and inclination. The hand-wound sensor coil is mounted on a Gurley theodolite. It is believed that this instrument was used at the Baker Lake Magnetic Observatory after its construction. The development of the declination-inclination fluxgate magnetometer greatly simplified the taking of absolute observations, and instruments based on this principle are now found at most major magnetic observatories around the world.

When used with a potentiometer, the instrument could also be used to measure the total field strength. The sensor was aligned in the direction of the magnetic field, and the potentiometer was used to apply a current to the sensor that exactly cancelled the magnetic field. This method worked better in theory than in practice, and was discontinued after the development of the proton precession magnetometer.