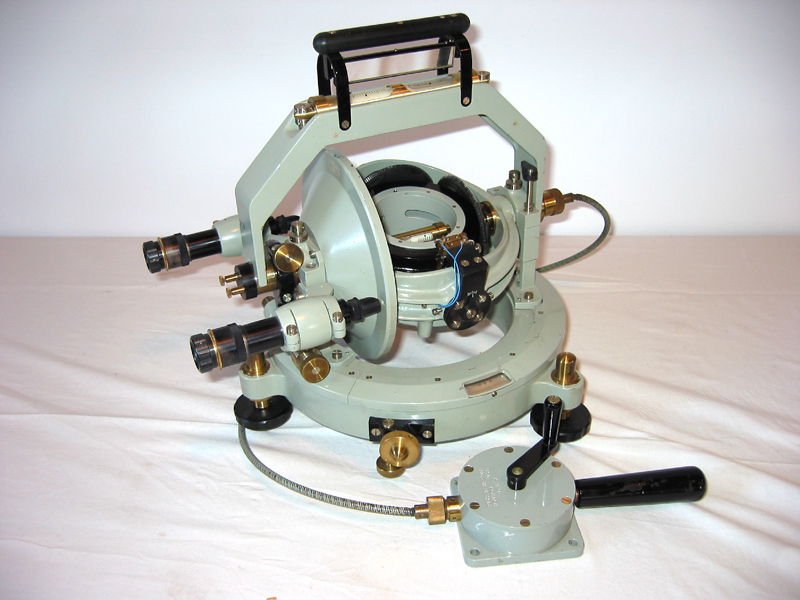 The earth inductor was designed by H. Wild near the end of the 19th century, and various models of the instrument were used for many years at both Agincourt and Meanook magnetic observatories for measuring inclination. The earth inductor on display here was acquired for use at Meanook in 1957.

The earth inductor consists of a circular coil that can be rapidly rotated about an axis lying along a diameter of the coil. The axis is carried in a frame, and its direction can be varied as desired and measured. If the axis does not lie along the direction of the earth’s magnetic field, then when the coil is being rotated, an alternating current is produced which is indicated by the galvanometer. (The galvanometer deflection is projected onto the scale by means of a light shining on the galvanometer mirror.) The observation consists of adjusting the frame while the coil is in rotation until there is no current; the axis is then in the direction of the magnetic field and the inclination is read off the circle by means of the eye pieces.