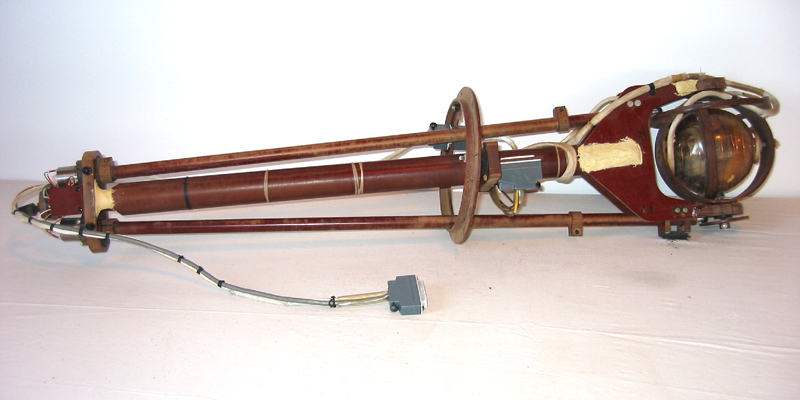 This instrument was designed circa 1970 by the National Aeronautics Establishment of the National Research Council. It is the prototype of the ASQ-501 MAD detector, a high-sensitivity rubidium magnetometer used by the Canadian military for submarine detection.

The ASQ-501 was manufactured by the Montreal firm CAE Electronics, but the prototype was acquired by Peter Sawastsky for use by the Geological Survey’s aeromagnetic survey program. It was mounted on a Queenair aircraft in 1971, and was used for several years to conduct high-sensitivity magnetometer surveys at many locations in Canada, including Darnley Bay, the site of a large magnetic anomaly. Eventually, 3 new sensors were built, allowing the Queenair to be fitted with a gradiometer.