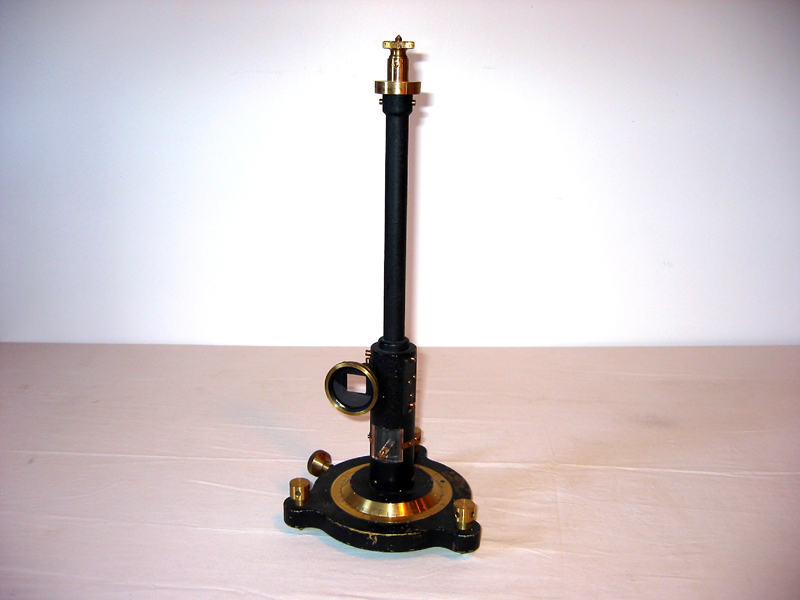 On display is a declination variometer used with the recording system developed by D. La Cour of the Danish Meteorological Institute circa 1930. The variometer consists of a magnet and mirror assembly suspended by a fibre, free to turn as the magnetic field changes. A light is shone onto the mirror, and the reflected light is recorded as a narrow trace on photosensitive paper mounted on a revolving drum.

Meanook Observatory in Alberta was equipped with a La Cour system in 1933; Agincourt Observatory near Toronto was so equipped two years later. The photograph shows the complete La Cour recording system that was in place in Baker Lake Observatory, NWT, from the early 1950s to 1967.