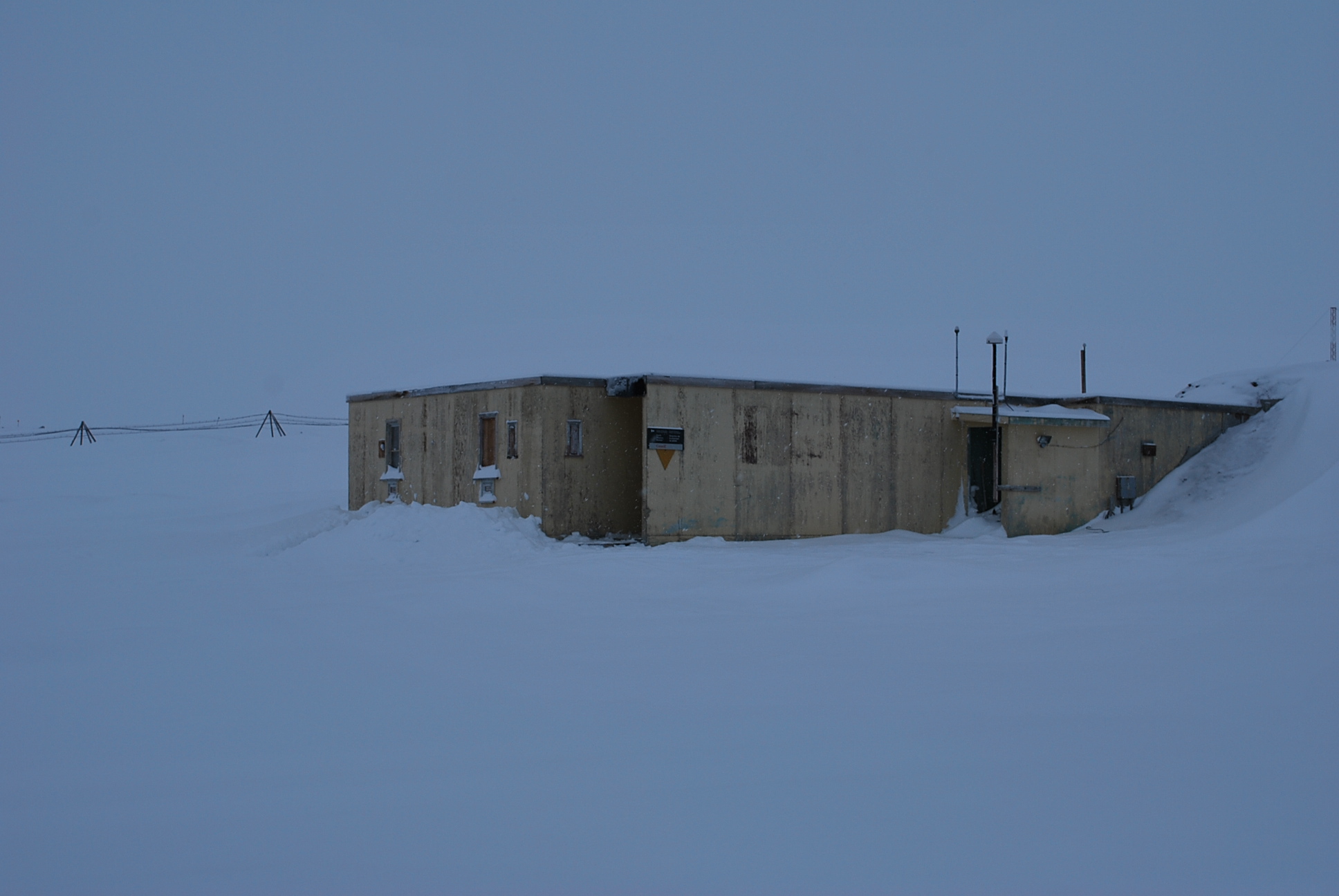 In 1961, Division of Geomagnetism, Dominion Observatory of the Department of Mines and Technical Surveys established a Geomagnetic Observatory at Alert, Ellesmere Island, Northwest Territories. The choice of Alert Meteorological Station as a new magnetic observatory site resulted from studies of magnetic data recorded there during the International Geophysical Year (1957-1959).

The Observatory at Alert is of a type of which only two are in existence, one in Alert and one in Mould Bay. For reasons of economy and convenience the seismic vault is connected to the Observatory by way of a corridor and an ante-room. The ante-room is used for the support electronics required by the geomagnetic and seismic operations. The corridor is long enough so that the magnetic material in the ante-room has no significant effect on the magnetic sensors. The corridor and the Observatory are constructed with non-magnetic material. Metal items are of a non-ferrous nature such as brass, aluminium or copper. Careful attention has been given over the years to keep the Observatory as free as possible from magnetic contamination. This not only includes that no foreign objects are stored inside the Observatory but also that no foreign objects such as empty oil drums are blown against the exterior of the Observatory.

The Observatory complex sits on a reserve of land which is approximately a square of 160 m to the side. In addition, there is a 66 m buffer zone around the reserve in which notification to the Division of proposed development is required.

This is to ensure:

The instrument piers are of concrete and are set 30 cm into the permafrost. Care was taken to decouple the piers from the wooden floor so that slight movements of the floor would not tip the piers. (Note: the original piers had to be removed as the aggregate used in the concrete proved to be magnetic.)

The Observatory was originally instrumented by optical geomagnetic variometers and an electronic magnetometer with an analogue output. In April, 1977 a digital recorder was attached to the electronic variometer and the edited data from it became more important than the data gathered from the optical variometer.

In February, 1985 the obsolete optical magnetometer was replaced by the AMOS MK III, a digital magnetic variation data collecting platform. This instrument is still in operation until the present.

In July, 1995 the Geomagnetic portion of the Observatory was refurbished by the addition of insulation. This was done to decrease the cost of the electric heat and to provide comfort to the Observer while making absolute Declination and Inclination measurements. Increased insulation was also added to the AMOS MK III sensor enclosure to provide a more stable temperature environment for the fluxgate sensors.

Alert Geophysical Observatory was staffed by full time Departmental employees until September, 1989. At that time a changed operational mode for Seismology reduced the person time required to service the Geophysical Observatory. The work is now done by staff of the Atmospheric Environment Service of Canada. Nevertheless, to produce viable data, the stringent environmental conditions specified for both Geomagnetism and Seismology remain in force.