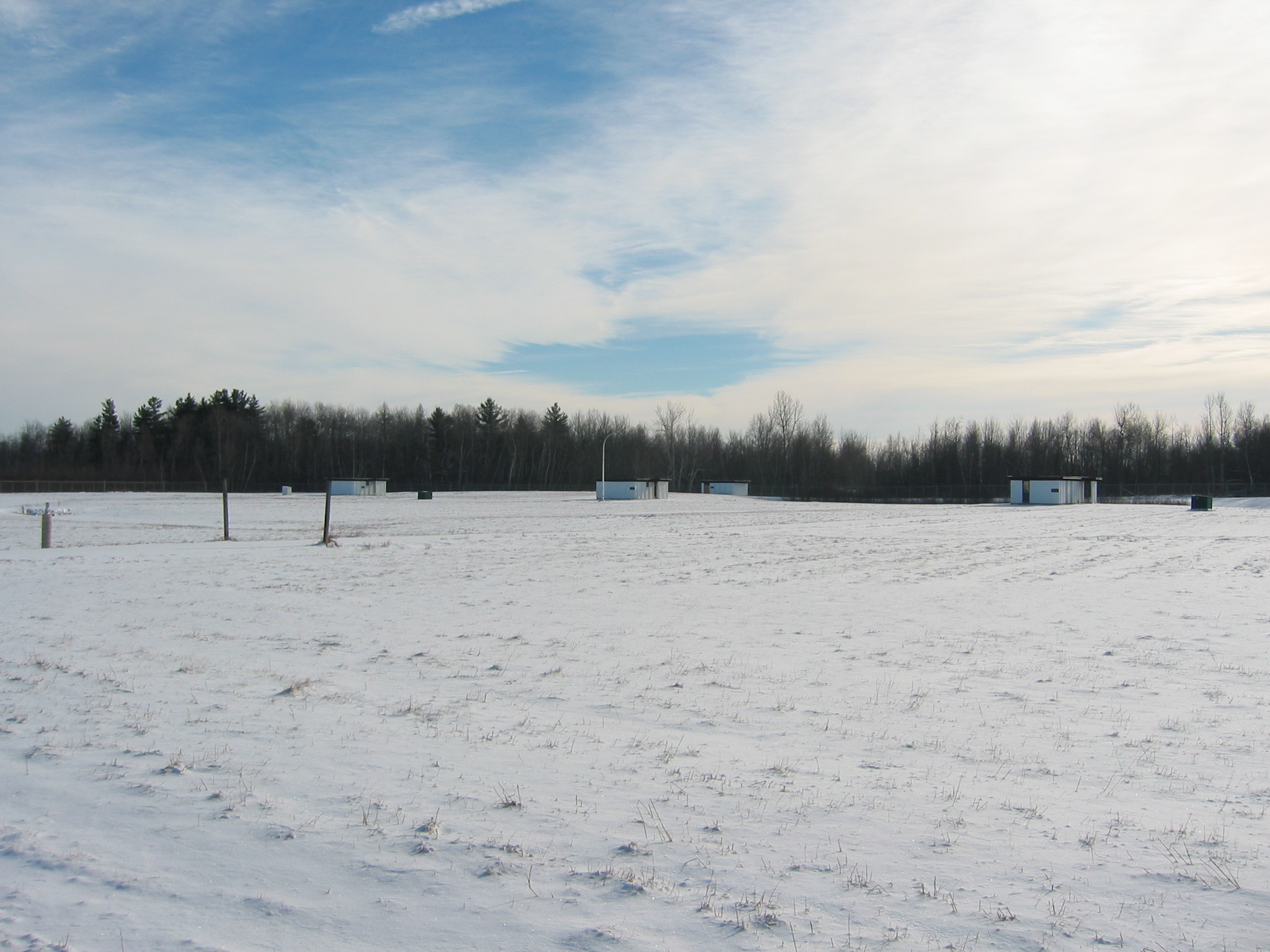 Ottawa Geomagnetic Observatory was established in 1968 as part of a new complex of magnetic laboratories of the Department of Energy, Mines and Resources ( now Natural Resources Canada). The site is located immediately east of the city of Ottawa. The new observatory became fully operational on 1 July, 1968 and is the replacement for Agincourt observatory which had to be closed in March 1969 owing to industrial development and highway construction in the vicinity of the site. Agincourt Observatory had been in continuous operation since 1898 and was itself a replacement for the Toronto Observatory. The Toronto Observatory was founded in 1840 but was closed following the electrification of the Toronto tramway system.

The Ottawa Observatory is located on the east-west ridge of land known as Dolman Ridge. The ridge is bounded on the north by the swamps and marshes of Mer Bleue and on the south by the Borthwick Creek swampland. Dolman Ridge is a feature of the Recent geological period and was at one time an island in the Champlain Sea.

Construction of the magnetic laboratory complex was started in 1965 and was finished in 1968. In addition to the Ottawa Geomagnetic Observatory the complex includes the instrument development laboratories of the Geomagnetic, Seismic and Continental Geoscience programs of the Natural Resources Canada (NRCan). The Ottawa Observatory consists of a variometer building, an air-conditioned electronics control building and two absolute buildings. The variometer and electronics buildings are 6 m by 6 m. The absolute buildings are 12 m by 5 m with marble instrument piers. All the buildings are of concrete block and wood construction. Sand, gravel and other materials used in the construction of the buildings were carefully tested to be non-magnetic. Buried power lines and signal cables in two carefully-separated conduits connect all buildings in the complex with the main office/laboratory building.

Photographic recordings of the geomagnetic variations were made by two standard Ruska variometers beginning in July 1968. Photographic recordings of the variations in the earth's magnetic field ceased in September, 1984. Digital recordings were begun in September 1970 with the installation of the Earth Physics Branch's AMOS MK I. The AMOS MK I became the primary recorder for Ottawa Observatory in January 1975. The AMOS MK I was replaced by the AMOS MK III in January , 1981. In turn, the AMOS MK III was itself replaced by the CANMOS in January, 1991. The CANMOS is the present primary instrumentation at Ottawa Geomagnetic Observatory.