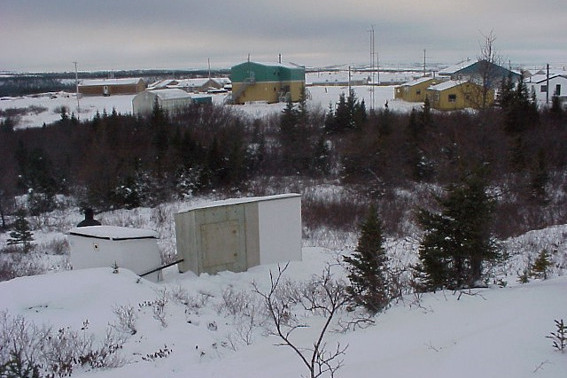 The Dominion Observatory of the Department of Mines and Technical Surveys (now part of the Natural Resources Canada) established the Great Whale River Geomagnetic Observatory (IAGA alphabetic code: GWC) in January, 1965 at what was then Great Whale River, Quebec. (Great Whale River became known as Poste-de-la-Baleine and is now officially designated as Kuujjuaraapik/Whapmagoostui). The Observatory was designed to assist in conjugate point studies: its location was geomagnetically conjugate to the Observatory at Byrd in Antarctica. (Byrd, operated by the United States of America, was closed October, 1971.) The instrumentation installed in Great Whale River was similar to that installed in Byrd and included both standard and rapid-run RUSKA photographic variometers. The photographic rapid-run variometer, recording at a chart speed of 240 mm/hr, operated for the period 1 January, 1965 to 24 August, 1972. Digital recordings of the geomagnetic field were begun in October, 1972 with the installation of the Earth Physics Branch's AMOS Mk I. The aging Amos Mk I was replaced by the AMOS Mk III in mid-June, 1982. In turn, the AMOS Mk III was replaced by the INTERMAGNET compliant CANMOS towards the end of July, 1991.

The village of Poste-de-la-Baleine is located on a broad sandy spit at the mouth of the Grande Riviere de la Baleine on the east shore of the Hudson Bay. The area consists of Archaean granites largely overlain with a thick layer of sand. The sand was tested for magnetic properties and found to contain significant quantities of magnetite.

The Observatory was supplied with electrical power by a buried cable which originated in the village. As the sand shifted over the years, the cable became exposed and became damaged a number of times. The exposed cable also became a hazard to traffic on a frequently used nearby trail. After an analysis of the costs involved, it was found to be cheaper to move the Observatory closer to the village. As a result, Great Whale River Observatory (GWC) was closed on 31 July, 1984 and the new Poste-de-la-Baleine Observatory (PBQ) was opened on 9 September, 1984. PBQ is approximately 2 km to the southeast of GWC.

The present Observatory is situated approximately 100 m east of the Centre Etudes Nordiques and consists of two 2.5 m by 2.5 m buildings which serve as the instrument and absolute buildings respectively. The sensors are housed in individual enclosures which are at sufficient distances from each other and the buildings so as not to experience any magnetic interference.