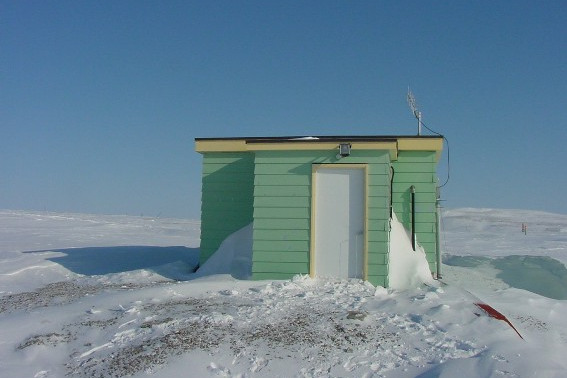 The Resolute Bay Geomagnetic Observatory was established in Resolute on Cornwallis Island, North West Territories in 1948. However, photographic variometers capable of recording the changes in the geomagnetic field in three components were not placed in operation until November, 1953.

The Observatory is in an area consisting of Paleozoic limestone. Geomagnetic field intensity gradients are extremely small: a survey of the area has indicated a very low gradient in total field intensity with no natural anomaly greater than 50 nT within 1.5 km of the observatory site.

The original non-magnetic wooden prefabricated buildings, built in 1948 and 1953 respectively, were replaced in early 1967 by two new buildings situated approximately 30 metres from the older site. At present the Observatory is located on a raised beach line 30 m above sea level and approximately 450 m from the shore of Resolute Bay.