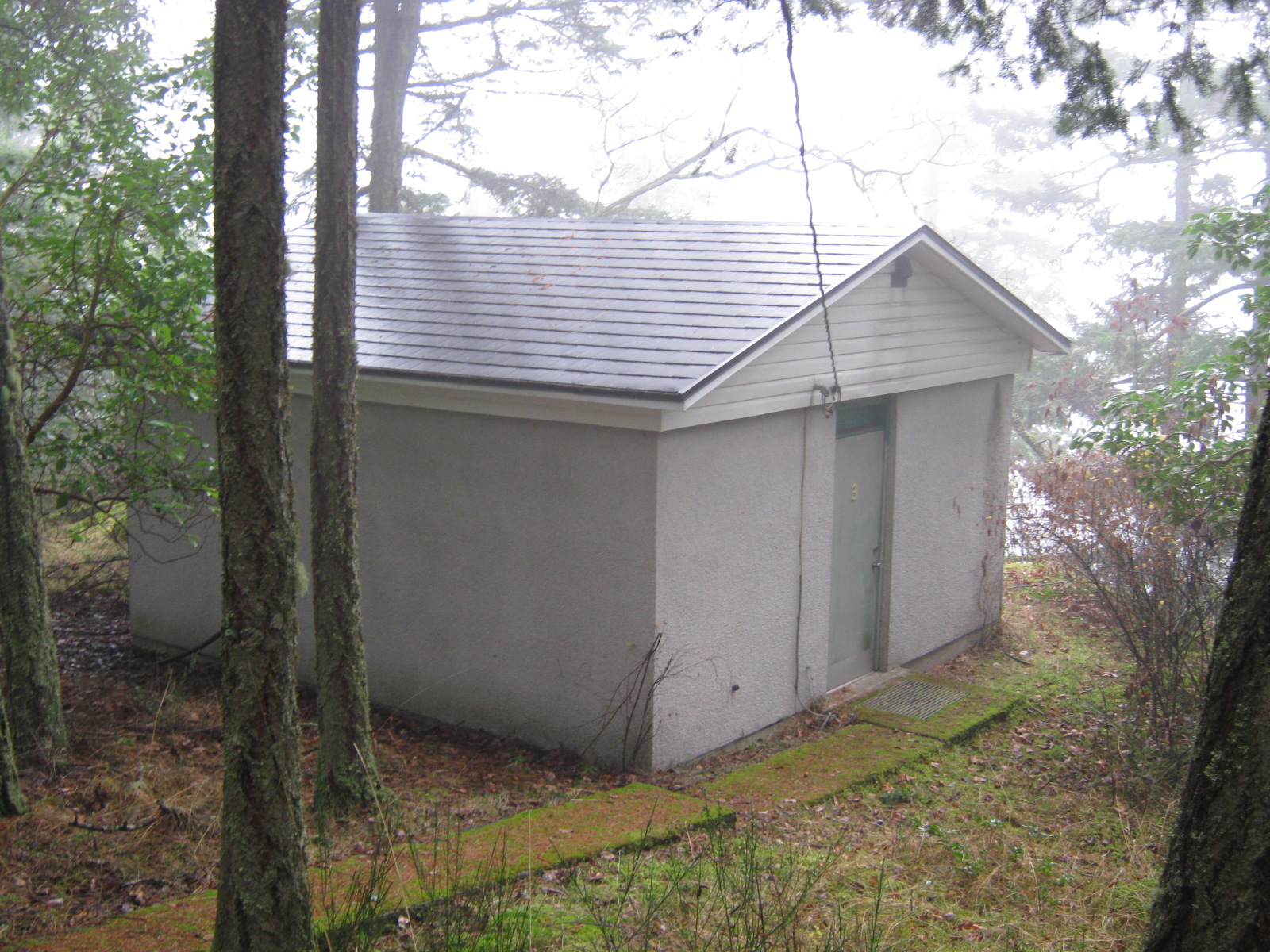 The Victoria Geomagnetic Observatory was established in 1957 on the grounds of the Dominion Astrophysical Observatory ( now the National Research Council of Canada) on Little Saanich Mountain about 16 km north of Victoria, British Columbia. The Observatory is pleasantly situated, some 197 m above mean sea level, in a wooded area about 120 m northeast of the Dominion Astrophysical Observatory office building. The site was chosen in 1956 for convenience to observatory facilities and power, while maintaining adequate separation from buildings and pipelines.

The area is one of acid intrusive rocks of Mesozoic age. A survey was made in 1956, using a 7.5 m grid separation of stations, to determine the vertical magnetic field intensity gradients. This revealed an average station difference, independent of sign, of 25 nT ± 20 nT standard deviation in any one difference. No large anomalies exceeding 25 nT were found within 30 m of the building site and the distribution of small anomalies was apparently random. Beyond this distance to the southeast a decrease of 50 nT was noted. The building site was therefore chosen for its fllatness and convenience as the ground falls rather steeply on east part of the site.

A permanent variometer building was completed in September, 1959, located about 30 m to the east of the original temporary building; it is an insulated 5.5 m x 5.5 m cement block structure containing two 2.5 m x 4.5 m rooms and a 1 m x 5.5 m light trap entrance. The floor is a single concrete slab resting on bedrock, providing flexibility in location of instruments as well as an effective heat-sink. The control equipment for the electronic magnetometer, as well as other auxiliary variometer equipment (chronometer, power supplies, etc.) remain in the original temporary prefabricated building, with control cables linking the two buildings. The auxiliary equipment for the photographic recorders as well as that for the AMOS Mk I was moved from the prefabricated building to the office building in June, 1976.

A permanent building for the absolute instruments was completed in September 1961, located about 30 m north of the variometer and control buildings.

A three-component Ruska magnetograph was installed in September 1969. Prior to this date a portable Askania-Werke earth magnetic variograph had been the primary photographic recorder. The Ruska magnetograph ceased operation and was removed from the Observatory in April, 1985. In addition, the GSI precise magnetometer made by Sokkisha (Japan) was replaced by a D&I measuring fluxgate theodolite (of Earth Physics Branch design) as the primary instrument for the absolute determination of Declination and Inclination .